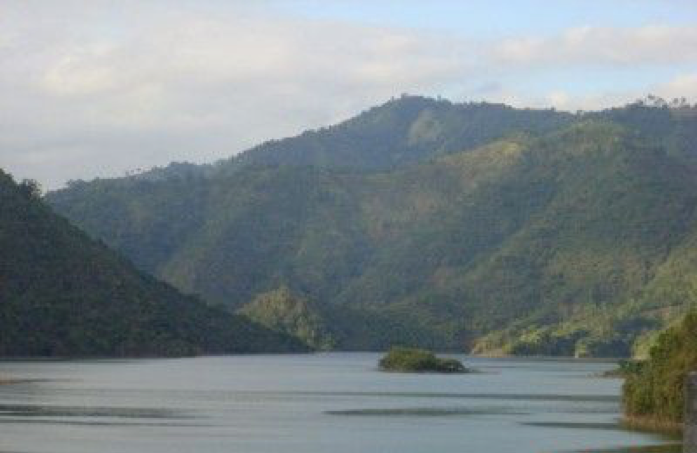 The Aguacate Dam, the second hydroelectric of the Nizao River (from its higher point), is located at Paso El Ermitaño, Peravia Province, about 20 kilometers down river of the Jigüey Dam and up river of the Valdesia Dam. The hydrographic basin of its source is about 747 km2 and includes the Jigüey central water turbine, up river in of the Aguacate Dam. The lake surface is 0.35 km2 with a total capacity to hold 4.3 million m3 of water. At its minimal level during regular operation, its useful volume is 1.46 milliones m3 while its volume reaches 2.84 million m3. The dam has a maximum operation level of 329 msnmq and a 324 msnm minimum. 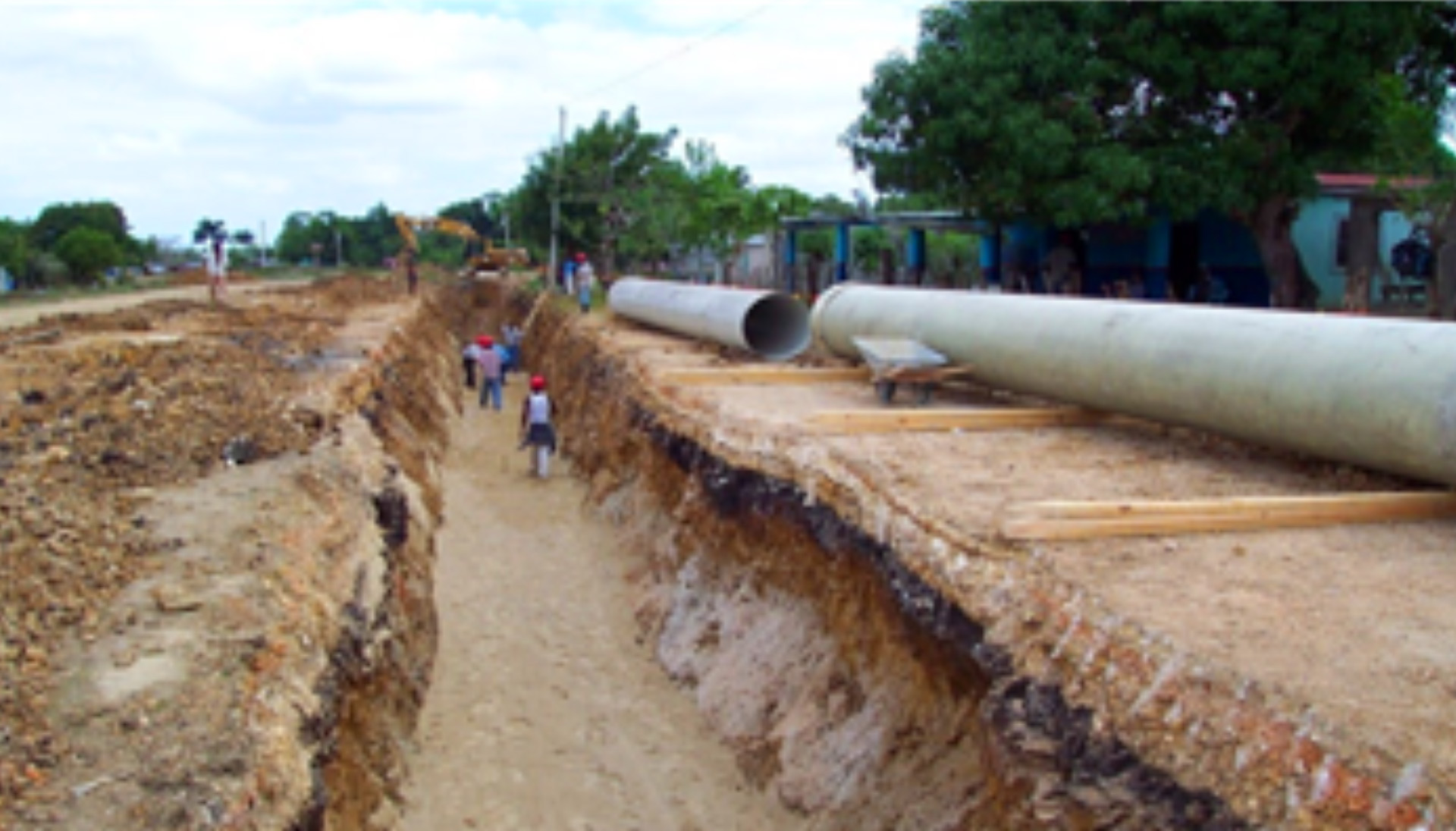 The project was designed to collect the subterranean waters coming from the basin of the Brujuelas and Casuí rivers to supply 1 m3/s to 230,000 residents of Santo Domingo East. Also, it looked to improve the use of the existing well fields in Los Marenos and La Joya, which, together with the Brujuelas-Casuí System, supply drinking water to a population of some 990,720 residents. In addition, three storage tanks were built with a capacity to store 4,5 and 7 million gallons of water. 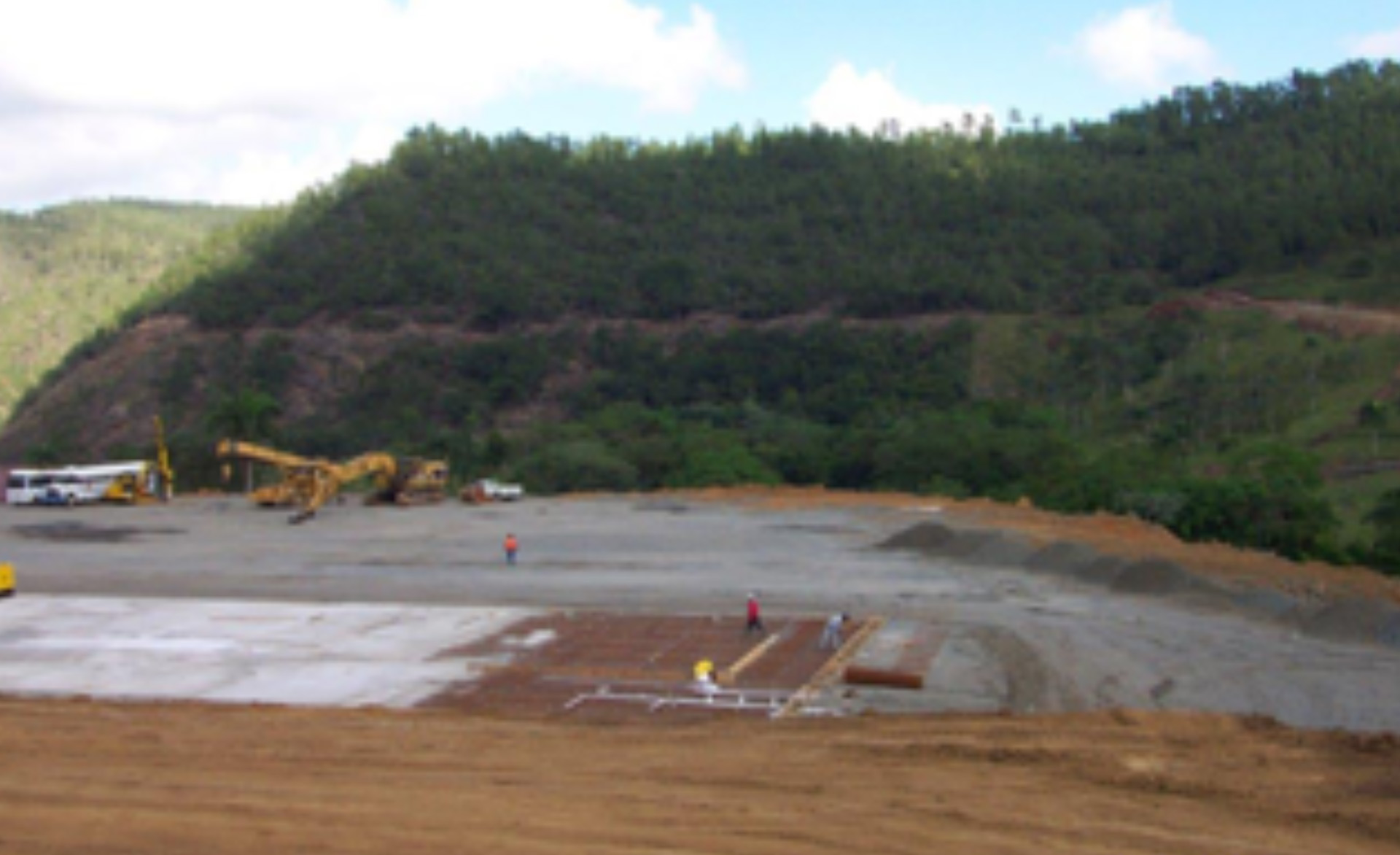 Construction of this dam had multiple benefits. It provided storage for 50 million m3 of water and a guaranteed supply for the La Vega Aqueduct. Also, it allowed for the conversion of 12,700 new “tareas” (nearly 8 million square meters, as 1 tarea equals 628 square meters) for agricultural production and the production of 12.5 GWh per year. The project also facilitated drainage control from the Camú River basin, reducing flooding in a large area, specially in the communities of Jima Abajo and La Vega (La Vega Province); Cevicos and La Mata (Sánchez Ramírez Province); and in Arenoso, Villa Riva, Hostos, Agua Santa del Yuna and Cristo Rey de Guaraguao (Duarte Province). Lastly, once the project was completed, it provided enough clean energy to save the country from having to import 22,482 barrels of oil and avoiding the emission of 7,869 tons carbon dioxide into the atmosphere. 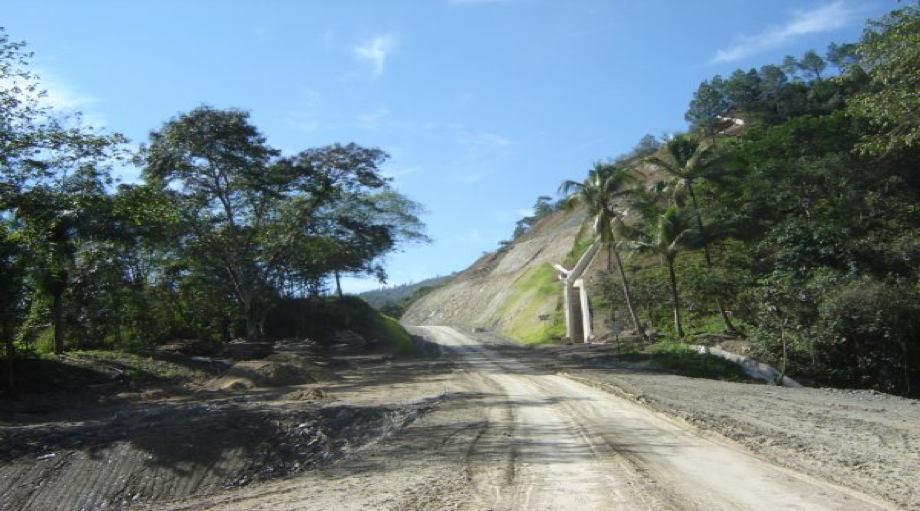 The hydroelectric project at La Placetas is an energy initiative that arises from the need to increase the electric generation capacity in the Dominican Republic. To meet this goal, the hydric potential of Santiago will be maximized, as this province will boast a hydroelectric complex with 87 MW of nominal potency.